Great article on using the right jargon in your app. 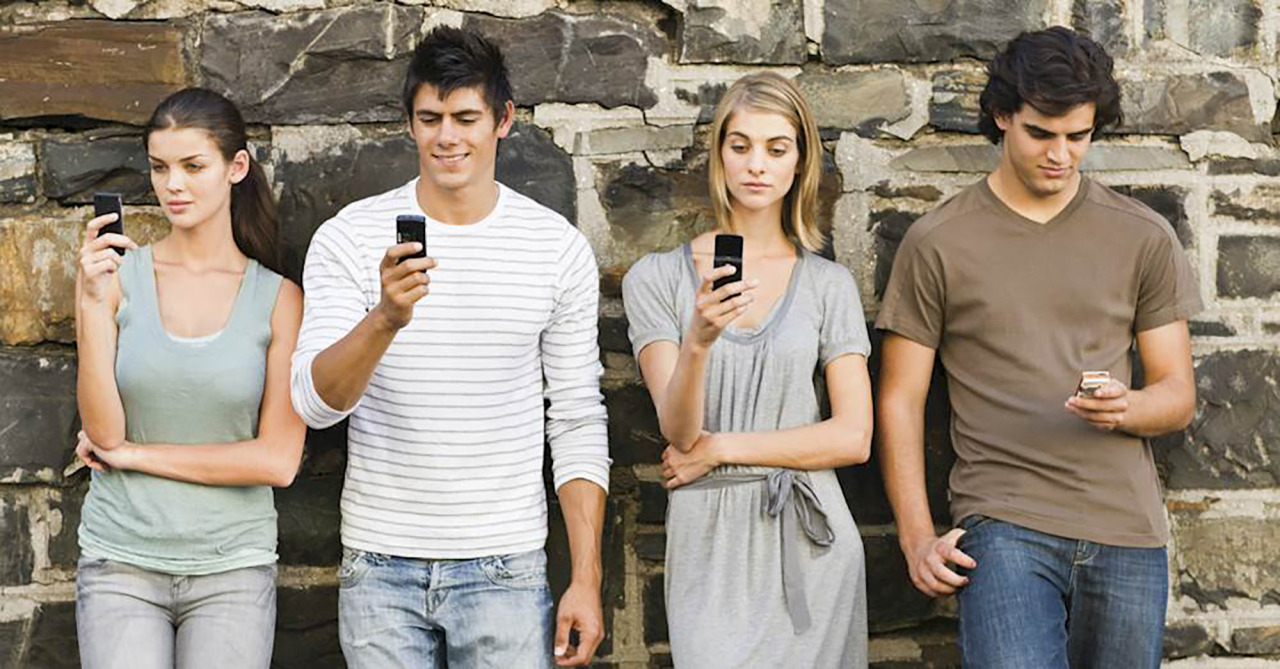 Starved for Communication, or Connection?

With all eyes glued to our phones… it’s no wonder people are starved for real honest human linguistically-appropriate communication. It is possible, via these devices - and most importantly applications, to communicate in honest, real and relevant ways. I fact even apps do not need to be a bunch or organized page titles, text and menu structure. Use conversational tones to get action from your viewers, and in surveys.

Today, users want to feel like they are interacting with a human, like a concierge (www.hioscar.com) or other like-minded approaches. in fact this approach can work with just about any kind of on screen experience. We just need to start using this methodology more to find out how successful it is for winning the hearts and minds of our users (and readers of conversational apps).

The following is an article on a survey submitted by the brilliant UX-minded team at Quartz will inspire. Check it out! If it doesn’t inspire you, then …well, oh boy, let me know…

Title: Getting real survey answers out of smart, busy people 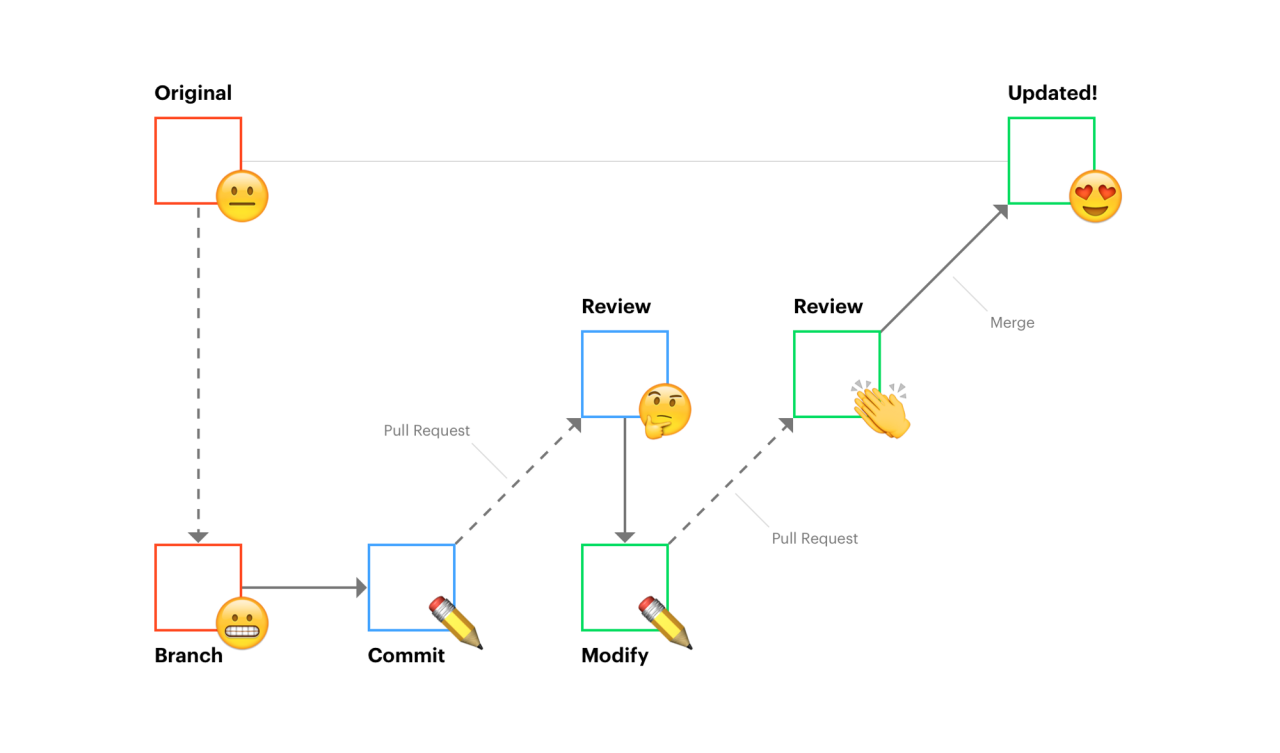 Ever wonder how to manage your style guide across design groups, with multiple UX and UI designers? Think like your development team to collaborate and manage it on Github. It’s not complicated, and when I saw this article I realized it needed to be shared - could not have written it better myself. As always, keep the process simple, and communicate with your team to make the process work.

A brief outline on how to be a Github style guide team: https://goo.gl/LsvMb5

UX designers should give more thought to the style and tone of the written word and how that consistently speaks to the end user. We should ask: does the text document, reassure, confirm or notify in a way that the user expects?

These are all very good and important things to keep in mind if we want to creat clear and effective user experiences. Ideally we want to use as little text as possible. But in the real world when we need text to guide the user, let’s do it right.

For those of you writing the text for an enterprise application, a mobile app, a utility, or a game, I have to recommend this article to share with your team. Everyone should be aware of the text, get your whole team on the same page!

UX/UI-Motion Design can be extremely effective when applied with semantic accuracy. It can enhance navigation, making it more efficient, effective and confident for the user.

More than a decade and a half of motion design and on-screen-display experience for television and interactive has inspired in me endless (creative and analytical) thought on how to display information both entertainingly and semantically. Whether for video-Info or application-UI, it is important to define your paradigm, assign semantic meaning, extend it, and then be creative within these confines. The Semantic Meaning approach requires analytical and creative thought to collide in order to produce unique and intuitive solutions. Remember that limitations are opportunities.

Creative motion design, such as entertainment for video is a freer way of thinking about motion - it’s the medium for “Viewers”. As Product designers, it can be valuable to understand motion design principals, because even when working within the confines of UI-motion limitations, we can always achieve a more entertaining “bounce”, “swipe”, “stack”, “wipe” and “squeeze” while remaining semantically correct.

Hope you enjoy the following (affirming) article on UX/UI motion as much as I did: http://goo.gl/O430uc 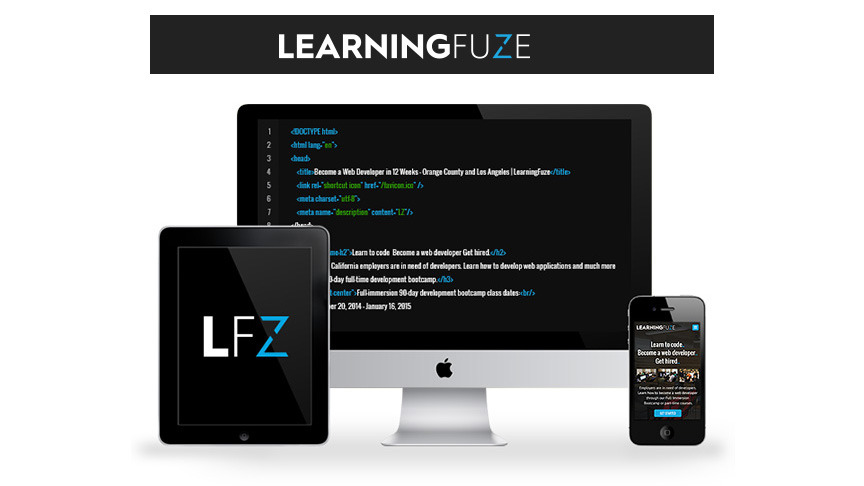 Had a great weekend at LearningFUZE.com in Irvine. Sat with a wonderful group of learners led by skilled trainer - Travis Ueki. Keeping up with HTML/CSS classes used to be tough, but this weekend the clouds opened up and rays started breaking through - so FUN! Travis set a fast pace, he kept us up to speed, and we covered so much… No, I’m no great coder, but I’m always trying to learn more - especially UX related HTML/CSS. Would love to be as efficient with code as I am with my UX tools - AI, Sketch, PS, Axure, Balsamic, etc. I have miles and miles to go and this past weekend kept me going and wanting to go to the next level! Thanks again to the LearningFUZE team. Check them out some time, and hope to see you in a class there!

Thanks MIT for providing an environment that supports the kind of unique thinking that led to a whole new way of leveraging Augmented Reality, by turning it into a tool that lets users control anything. Combined with Google’s visual translator research, the future is going to be AMAZING! Point at an object and see virtual buttons and features! Wow.

Imagine a future where you walk into a mall, point your phone camera at signs, get directions to the Louis Vuitton store, see items and signs translated into your language. Walk out side the mall, open the phone and call your car to come pick you up a the south entrance - automatically. Use the camera to aim at and control all the functions inside your car. Get home and aim at the garage door and have it open, select the lights outside the house and turn them on, aim at your television and change channels, find programming and more. 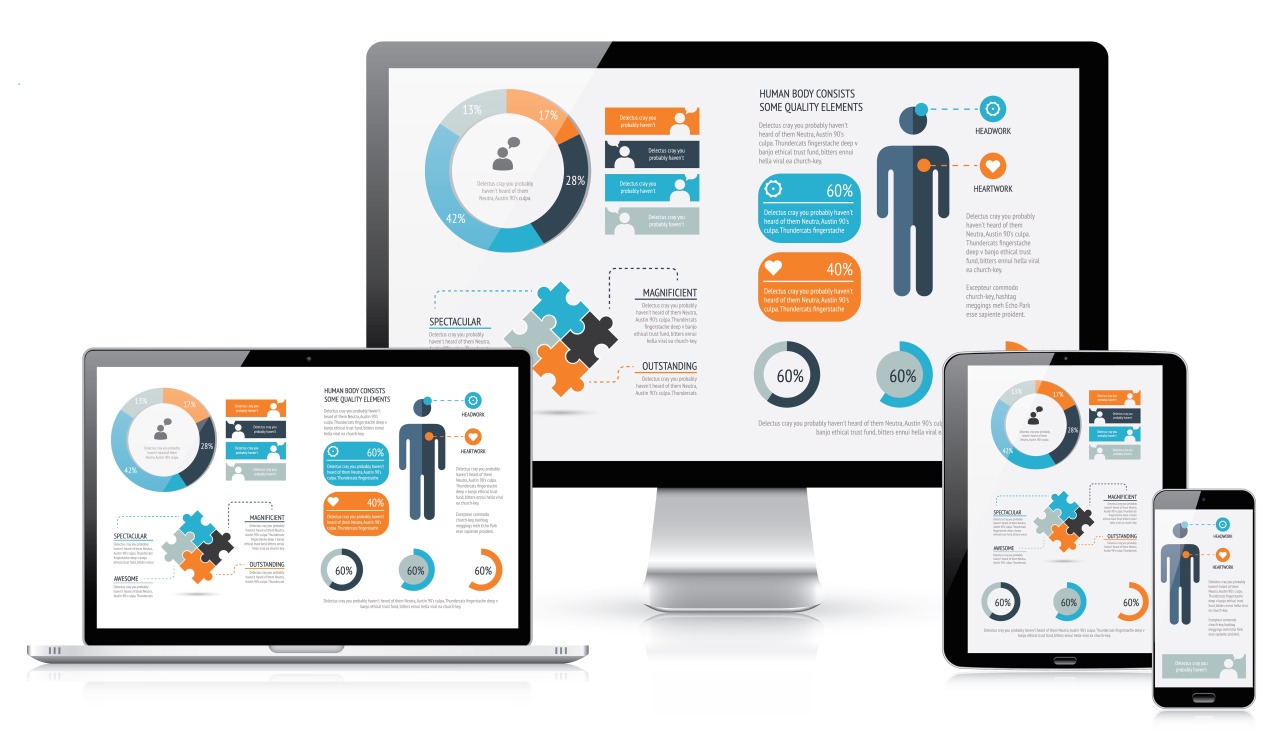 We must have responsive websites. Planning is essential. Check out this great article on why to go responsive. Find out how to do it right. http://uxmag.com/articles/10-responsive-design-problems-and-fixes

I’m a fan of Sketch as a UX/UI tool. I’m also a big Adobe fan, and with the new AI2015 I’m leaning back to AI. But Sketch is advancing quickly now as well. This is an interesting take that might allow some sketch users to take their prototyping to another level. Check out Sketch with Marvel. 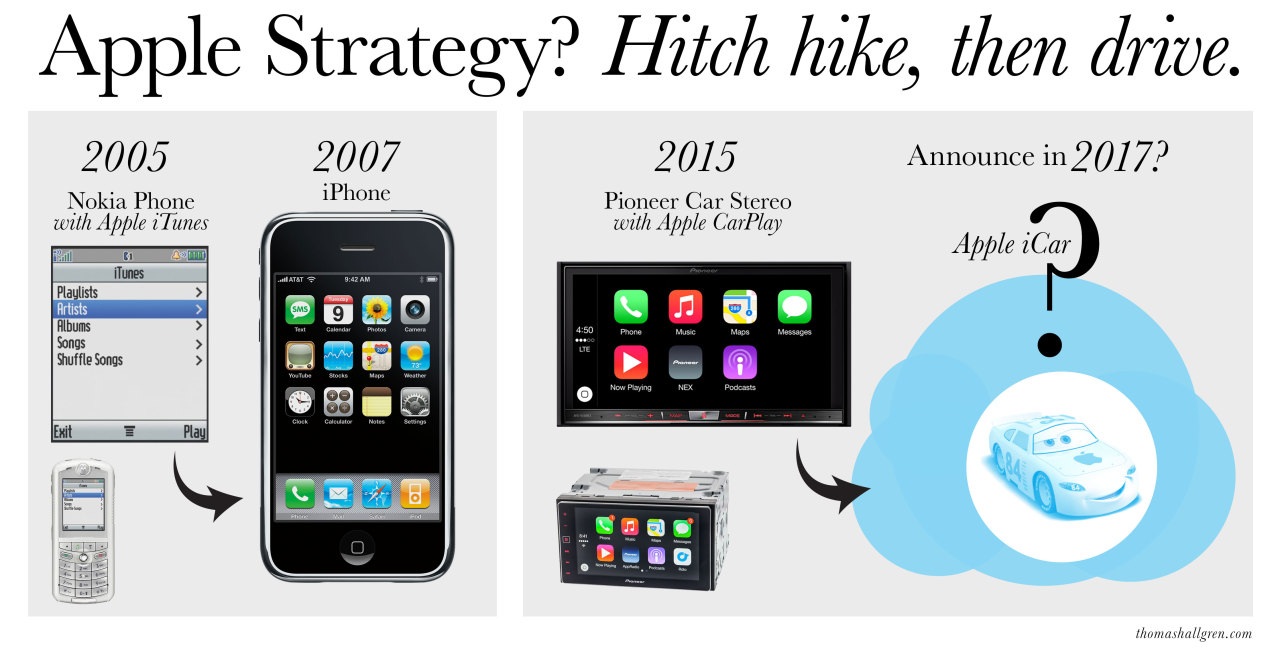 Today, AppleCar rumors are getting as loud as they were before the original iPhone was announced. Who would believe Apple might take on such a crazy venture - to build a car?? But all these rumors reminded me recently how Apple does things. It seems like they “hitch hike” in an industry, and if they like it they “drive”. Back in 2005 Apple did just that. iTunes was released as an application that ran on a few cell phones - like Motorola’s. The ultimate experience was not so great, but it allowed Apple iTunes to hitch a ride aboard an industry device and cruise around a little.

Like iTunes, prior to all the iCar rumors, Apple released a nice little piece of software that allowed after-market car stereo/gps hardware vendors to include some iOS capabilities called CarPlay. Parts of iOS have literally been cruising around the streets in these after-market in-dash devices. The experience is …well, not so great that everyone is buying one. It’s got limitations but it’s acceptable.

After reviewing them last year I did not buy. I realized if CarPlay was not fully integrated into the vehicle, the experience would feel …incomplete. Besides it wasn’t running on Apple hardware and could not become the primary control for other creature-comfort related features, like the A/C. Apple needed something that could better integrate with the car, and that was not going to happen with a CarPlay-enabled device installed. The idea of just “acceptable” was becoming less appealing, so I moved on.

Apple likely came to the same conclusion. A few controls do not make for a great overall experience. Mixing two disperate interfaces (no matter how well each is executed) is like mixing apples and oranges. So in order to make driving with Apple truly great, it had to be all apples. It looks like Apple is building a car, the iCar, or AppleCar …or whatever rumor-name you like. In the end I bet the experience will be more than acceptable. Apple is getting ready to drive. 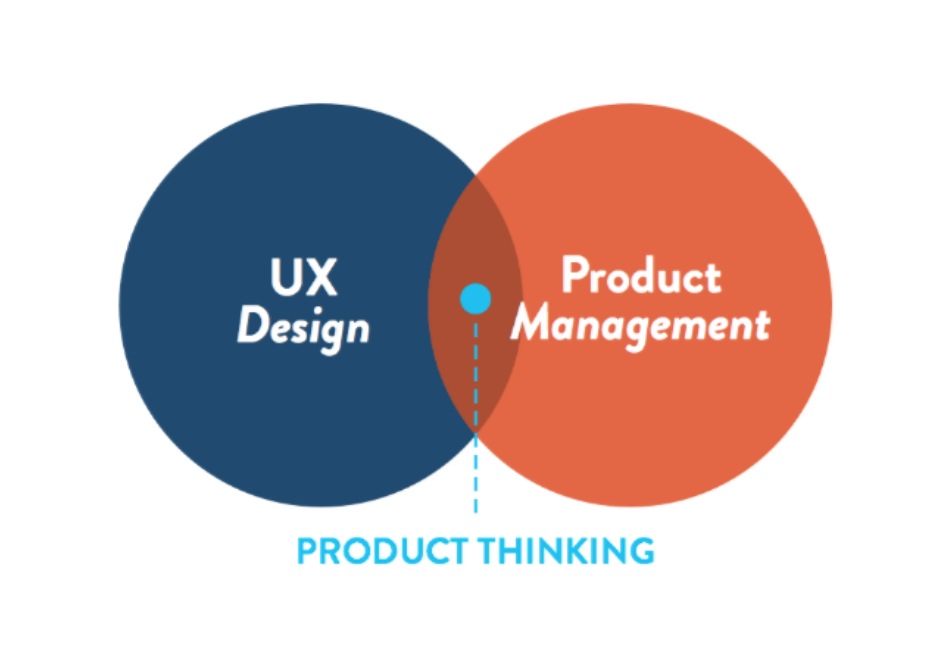 Product Thinking. Have you thought about it? If not, this is a good article. I think this is worth a share. 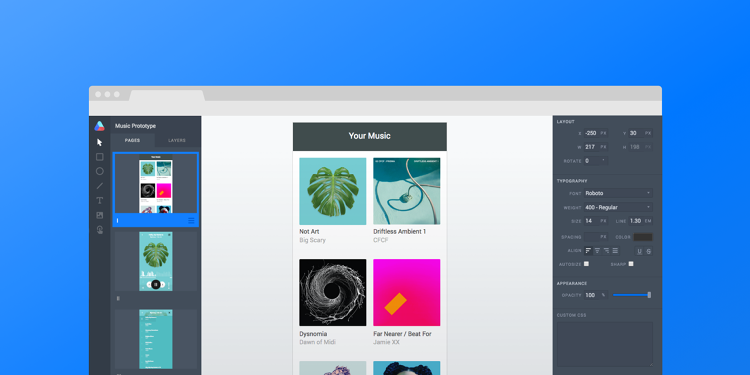 Doesn’t it seem like we have a Million prototyping tools already for Apps and Web sites? We have AppCooker, AppInSeconds, Axure, Blueprint, Codiqua, ConceptInABox, Demonstrate, FieldTestApp, FileSquare … … Pirate … PopApp, Xiffe, xXcope. I’m beginning to think these tools are not very hard to build, so a little  consolidation in the space might be good for the industry. In the mean time we are all the hunt fort the best collaborative prototyping tool, and I think Atomic might be one of the winners. Who knows? So, until the prototype tool war dust settles, all you awesome UI Designers and prototypers out there looking for a cool new tool to mock up your next website, web app, iPhone, iPad or iWatch app… check out Atomic.io. It’s impressive. Useful timeline, Intuitive interface, great Collaboration features and more, plus it works on Chrome. What more could you want? Let me know what you think… Get Atomic.io: http://Atomic.io